What to Expect at a Bond Hearing 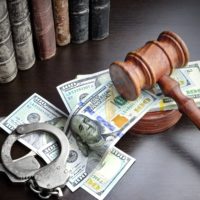 If you are arrested and charged with a crime, you may be facing a bond hearing. Also referred to as a bail hearing, bond hearings are used to determine the amount of money needed to post bail for the defendant in order for them to be released from jail. Having an experienced attorney on your side is important to obtaining a favorable outcome at your bond hearing, especially when facing serious criminal charges.

Although the rules vary from district to district and on the nature of the crime, most bond hearings occur within a few days of arrest. For common crimes, the amount of bond or bail may be standard and there is no need for an actual hearing. The detained person may be notified shortly after their arrest on the amount of bail needed to obtain their release. However, more serious crimes can require a bond hearing in front of a judge to determine the exact amount of bond needed and the other stipulations of release.

What Happens at a Bond Hearing

If you have been arrested for a crime that requires a bond hearing, the hearing will usually occur within a few days. There are limitations on how long a person can be detained without a hearing. During your bond hearing, both your attorney and the prosecuting attorney will have an opportunity to present evidence and arguments regarding the case to help the judge determine the amount of bail.

The amount of bail set is based on a few different factors. The judge will look at the nature of the crime and listen to the testimony given by both attorneys. Bond hearings are used to determine how much of a risk the accused poses to the community and whether they are likely to flee or not return for their trial date. Having an attorney on your side who can plea your case may lower the amount of bail needed for your release. Providing the judge with evidence of your community ties, previous record and other favorable attributes may make a difference on the outcome of the bond hearing.

Some bail hearings only take a few minutes, especially when the charge is common and the prosecuting attorney is not fighting for a higher bail amount. However, more serious charges with more evidence and testimony to provide to the judge may take hours, but rarely more than one day to complete.

If you are arrested for a criminal charge and awaiting a bond hearing, contact our team at Tison Law Group. We can begin building your defense, starting with your bond hearing to obtain your release from jail.