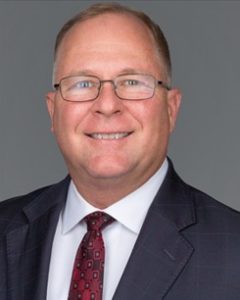 William “Ty” W. Tison, III, born and raised in Tampa, Florida, has a wealth of knowledge and experience to serve you. After graduating from Plant High School in South Tampa, Ty completed his undergraduate studies at Emory University in Atlanta and American University in Washington D.C. During his studies at American University, Ty was selected for an internship with the American Defense Institute (associated with the American Heritage Foundation), in Washington, D.C., where he worked for Colonel Eugene B. McDaniel on the Strategic Defense Initiative and for the return of prisoners of war. While in college, Mr. Tison also served as an intern under Hillsborough County Judge Harry Coe doing extensive research on trial practice and plea bargaining.

Mr. Tison subsequently attended the University of Florida College of Law. In his first year of law school, Mr. Tison was selected to clerk for Chief Judge Guy Spicola in Tampa, Florida. A year later, Mr. Tison was hired as a law clerk in the insurance defense firm of Wilson, Door & Bogus in Tampa, Florida. After receiving his Juris Doctorate, Mr. Tison began his professional legal career with the prestigious firm, Swift, Currie, McGhee and Hiers, P.A., in Atlanta, Georgia where he served as an insurance defense attorney. While in Atlanta, Ty represented insurance defense companies and those they insure, who had been sued for negligently hurting others in Auto Accidents, Slip and Fall, Premises Liability, Negligent Security, Medical Malpractice and other Civil Accidents. It was here that Mr. Tison learned the intricacies of how insurance defense companies work.

Mr. Tison later returned to Tampa where he served as a State Prosecutor from 1991-1998. During his time with the State Attorney’s Office, he gained experience trying hundreds of cases and prosecuting Misdemeanors, DWLS, DUI, Domestic Violence, Drug Cases, Trafficking, Sexual Battery, Lewd & Lascivious, DUI Manslaughter, Organized Fraud, Racketeering and other White Collar cases, Robbery, Kidnaping, Car Jacking and Murder. Ty also served as a Division Chief, supervising other Assistant State Attorneys and participating in high level meetings at the State Attorneys Office. Through these experiences, he learned the inner workings of the government and law enforcement.

Mr. Tison left the State Attorney’s Office in 1998 to begin his own law firm. Ty has served clients throughout the states of Florida and Georgia, as a criminal defense attorney and personal injury plaintiff’s attorney in private practice for almost 20 years. Over the course of his career, Mr. Tison has served as trial counsel on hundreds of cases.

Mr. Tison is a member of the Florida Bar, the Georgia Bar, the Federal Bar, the Hillsborough County Bar Association, the Florida Justice Association, the Florida Association of Criminal Defense Lawyers and the Tampa Bay Trial Lawyer’s Association. He is also on the Florida Bar’s Constitutional Judiciary Committee and the Hillsborough County Bar Association’s Professionalism Committee. Ty also served the Tampa Bay Community as a member of the Board of Directors for Big Brothers and Big Sisters of Tampa Bay, Youth for Christ, the drug rehabilitation charity Healthcare Connection Foundation, Inc., and the Secretariat of Tampa Bay Christian Community Tres Dias. Mr. and Mrs. Tison have been married (26) years and live in Tampa with their (3) adult children.