What to Do When Falsely Accused of Domestic Abuse 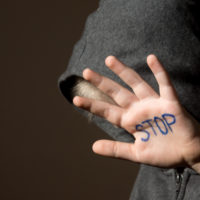 Domestic abuse is a serious topic and one with far-reaching impacts for those accused of this crime. It is not uncommon for intimate relationships to become strained, especially partnerships that include sharing a home and family. When the relationship is faltering, disagreements can become heated. It only takes one bad interaction to escalate a screaming match into a legal nightmare if there is an accusation of domestic abuse. If you are the accused, you need to know what your options are to protect your rights.

What Is Domestic Abuse In Florida?

When it comes to domestic abuse or violence, Florida has very tough laws that are designed to protect any potential victim of this type of crime. The downside is that even if you are falsely accused of domestic abuse, you can face serious penalties that can impact the rest of your life if you are convicted. Domestic violence can be any type of battery, assault, or other violent act against a household or family member. In some cases, just touching a spouse or domestic partner or standing in front of a door can be considered domestic abuse or violence. If law enforcement is called, one or both persons involved in the dispute may be facing legal charges.

Any charge of domestic abuse or violence should be taken seriously. It can have long-term effects on your future, even if you are innocent. You need a legal team that will work tirelessly to fight for your rights and prove your innocence, like our experienced team at Tison Law Group.  If you have been falsely accused of domestic abuse, contact us right away and let us defend your future.