What Is a Legal Injunction? 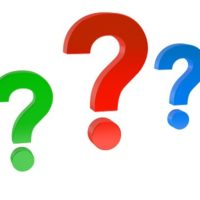 You often hear the term “injunction” used to describe proceedings in a legal case, but many people are unsure what exactly this means. A legal injunction in simple terms is a court order that requires a person or entity to continue or cease a certain action. The most common legal injunction that is used is referred to as a restraining order used in domestic disputes. In Florida, this is called a Petition for Injunction Against Domestic Violence and can have long-lasting impacts for those accused in a domestic dispute

Is a Legal Injunction a Criminal Charge?

Legal injunctions are handled in civil court and are separate from any criminal charges that may be related to the case. However, the two often go hand-in-hand.  If a person is charged with domestic violence, the plaintiff and the victim may also file a Petition for Injunction Against Domestic Violence in civil court to limit contact between the accused and the plaintiff. Also, if a person violates a legal injunction, they may have criminal charges filed against them that can lead to fines and jail time, as well as a negative impact on their permanent record.

Who Can File a Petition for a Domestic Violence Injunction?

When most people think of domestic violence charges or restraining orders, they imagine an abusive spousal or co-inhabitant relationship. However, it is not just spouses or domestic partners that can file legal injunctions. Petitioners can ask for a legal injunction or restraining order when they have been the victim of domestic violence or believe they are in imminent danger. This can be against a roommate, someone they dated, a family member, or a spouse.

Consequences of a Restraining Order

If you have a domestic violence injunction or restraining order filed against you, there are immediate and possible long-term consequences. Not only may you not be able to contact the petitioner, you may need to move to another residence. Depending on the injunction, you could be required to: attend counseling, give up possession of a firearm, pay support, or lose visitations with your children. Restraining orders can also stay on your permanent record, even if you are found not guilty of related charges.

If you receive a petition for a legal injunction, you need to know your rights. Contact our team at Tison Law Group for a free consultation. We can advise you on how to proceed to defend yourself against a legal injunction and protect your reputation and legal rights.