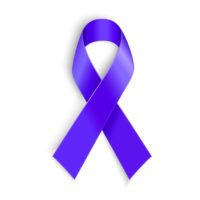 You may think you know what domestic abuse looks like, but you may be surprised that it is harder to recognize than you may believe. It is not just the woman with repeated bruises or other evidence of violence; domestic abuse comes in many forms and against both genders. Understanding domestic abuse is the first step in helping overcome this widespread problem and ensuring you do not get caught in the legal cross-hairs of a domestic abuse case.

What Is Domestic Abuse?

Domestic abuse or violence occurs every day in millions of homes, from emotional and financial abuse to violence that can end in injury or even death. The Florida Coalition Against Domestic Violence or FCADV reports that 107,666 instances of domestic violence were reported to law enforcement in 2015, with many instances never reported. Domestic abuse is controlling behavior over a domestic partner that is disrespectful and harmful, including:

Domestic abuse is serious and destructive to relationships and families. When violence is involved, it can also be deadly. The domestic violence laws in Florida are meant to help those who are victims of abuse get the protection they need from his or her abusive partner. Since most victims are being controlled by the abusive partner, the laws are meant to help them get quick relief and often side with the accuser. While this is important for most cases of domestic abuse, when a domestic situation escalates out of control, a person can find themselves on the wrong side of the law.

There is no doubt that domestic abuse needs to be treated seriously and perpetrators prosecuted. However, a single squabble that gets out of hand and does not involve violence or the threat of violence is not necessarily a case of domestic violence or abuse. Many spouses or domestic partners have been in heated arguments that end up with the police at the door. Due to the strict domestic violence laws in Florida, the officers will usually arrest one of the parties if violence is merely alleged by one party and if that is you, you could be facing serious domestic violence charges.

Were You Charged with Domestic Violence in Tampa Bay?

At Tison Law Group, we are against domestic abuse, but we also understand that there are two sides to every story. Domestic violence charges are very serious and can be detrimental to your life if you are convicted. Contact our Tampa Bay office to schedule a consultation to discuss your case.