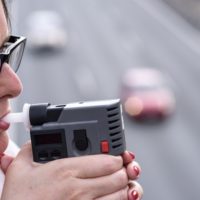 Under Florida law, driving is a privilege and one that comes with certain expectations. By accepting the privilege to drive, there is implied consent that a driver must submit to a lawful chemical test of their breath or urine if they are suspected of driving under the influence of a controlled substance. This is known as the breathalyzer law and, if not followed, can result in suspension of the person’s driver’s license and other penalties.

Under Florida Statute 315.1932, also referred to as the breathalyzer law, implied consent to submit to tests for alcohol and controlled substances is outlined. In simple terms, this means that anyone with a driver’s license in Florida is subject to having to take a breathalyzer and any other chemical substance test if ordered by a police officer. Refusal to do so will result in penalties, regardless of whether or not the person was indeed under the influence of drugs or alcohol.

Under the breathalyzer law, anyone who is lawfully arrested while driving or in actual physical control of a vehicle must submit to a breathalyzer if requested by a police officer. The law enforcement officer must inform the person that if they refuse the breathalyzer, they will lose their driving privileges for one year if it is their first refusal; those who have previously had their license suspended for refusing a breathalyzer will lose their driver’s license for 18 months. However, a second refusal also can result in being charged with a misdemeanor, separate and apart from the DUI.

The breathalyzer law does not just cover breathalyzer testing. Implied consent is also for urine testing that may be required at the detaining facility when arrested. If you comply with the breathalyzer, but then refuse to submit to a urine test, you can also lose your license as a result.

Florida DUIs and the Breathalyzer Law

It is important to understand that a DUI and refusing a breathalyzer result in multiple and different consequences, criminally and administratively. If you refuse a breathalyzer but are still arrested for a DUI, you are facing two separate issues. With an experienced DUI attorney, you may be able to have your DUI reduced or dismissed, but the Department of Motor Vehicles may still suspend or revoke your driving privileges for refusing to submit to the breathalyzer.

Whether you refused or submitted to a breathalyzer, and were arrested for a DUI, contact our team at Tison Law Group to explore your legal options. We offer free consultations at our office in Tampa Bay to discuss your case.