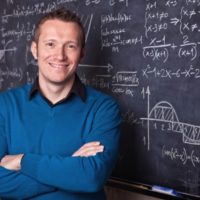 Modern technology has made it simple to communicate with others in ways unimagined decades ago. Social media allows people to connect on various platforms, both private and public. This ease of access for adults and children also has its dangers. Teachers and social media have been in the news lately, and it isn’t a good thing.

In states across the country, it seems sexual exploitation of students by teachers is on the rise. Teachers and social media are being talked about as part of an epidemic of sexual abuse against students. The number of these cases has steadily increased over the past five years.

In a story covered by WCNC in Charlotte, NC, the seriousness of the problem was highlighted in an interview with Terri Miller, president of Stop Educator Sexual Abuse Misconduct and Exploitation (S.E.S.A.M.E.) Her group relies on news reports coming from Google Alerts to track the arrests of educators charged with assaulting students.

A tracking system was promised by the government in 2002; however, no such system has been devised yet. The information tracked by S.E.S.A.M.E. has been alarming. There were 540 reports in 2016. That number rose to 698 reports in 2017.

The use of cell phones and social media are thought to be the main reason this seems to be a growing epidemic. Sexting, the use of cell phones to send nude or semi-nude pictures, is prevalent among kids. According to the Department of Justice, 15% of students in the middle and high school age range report having received such images of someone they know. About 26% of teens and young adults report having participated in sending and/or receiving such images.

What Parents Can Do About Their Child, Teachers and Social Media

Parents need to be aware of their children’s phone habits. Know who your kids are talking to and texting. Some experts advise parents to have rules around using the phone after bedtime. Talking to your kids about what is appropriate and what is not is very important. Keeping the lines of communication open between you and your kids is critical. Be aware of what social media platforms your kids are on and monitor their use.

The lawyers at the Tison Law Group have extensive experience in prosecuting those charged with a sexual offense and defending those accused of such offense.  Located in Tampa, FL, we offer a complimentary initial consultation. If you need a personal injury lawyer, call us. Visit our website for more information on our other legal services.