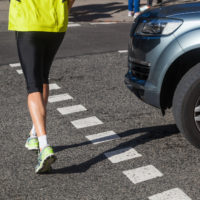 Unfortunate news for residents of Tampa Bay as the number of pedestrian accidents remains above the Florida Metro area average. In 2017 alone, there were over 100 pedestrian accidents, which resulted in fatalities in Hillsborough, Pasco and Pinellas Counties. To add to this number, 22 cyclists also died as the result of accidents.

Several studies have arrived at the same conclusion in recent years: Tampa Bay is not a safe place for pedestrians and cyclists. The situation is not helped by the fact that there is inadequate access to reliable public transport, leaving those who walk at risk of getting into a pedestrian accident.

However, it is unfair to place the blame squarely at the feet of pedestrians and cyclists. Other factors involved in pedestrian accidents included high speeds and poor lighting, often combined in what amounted to a recipe for disaster. State-wide initiatives that include power companies such as Tampa Electric and representatives at state, county and city levels are seeking to improve lighting along roadways and crosswalks.

It is hoped that these initiatives will go some way towards reducing the number of pedestrian accidents in Tampa Bay. However, a cultural change about speed in city centers is another factor that needs to be seriously addressed in order to save lives.

Although distracted driving is technically just another factor involved in pedestrian accidents, it may receive greater focus over the coming years for a number of reasons. New technologies, both inside and outside the car, can cause distractions to drivers and pedestrians alike. In order to reduce the number of pedestrian accidents in Tampa Bay, it is important to get ahead of the challenges that distracted driving presents.

Cell phones, gaming devices, dashboard consoles, music, and conversation all have the potential to distract a driver. It only takes a few seconds of eyes off the road for a driver to cause an accident. If the other party involved in that accident is a pedestrian, his or her chances of suffering serious injury or death are significantly higher. However, it is equally important for pedestrians to stay aware of their surroundings and not become distracted around roads.

If you have been involved in a pedestrian accident and need legal support in your fight for compensation, reach out to Tison Law Group today. You can reach our offices at 813-739-1776 to take advantage of a free consultation and discuss your personal injury case.