Staying Safe on Interstate 4: The Most Dangerous Highway in the Country 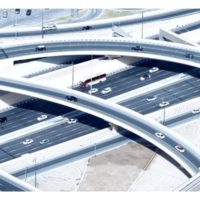 Florida is one of the top states for vehicular accidents. It stands to reason that our state would have that status. The year-round pleasant temperatures, flocks of tourists, motorcyclists, and dense population always on the move contribute to the high numbers of accidents. However, Florida’s Interstate 4 is also the most dangerous highway in the country.

In 2017, Tampa Bay’s ABC affiliate WFTS did a little research on the situation after learning that Interstate 4 was named the most dangerous road in the country. What they found was very interesting. In the WFTS report, the highway was divided into three sections: one near Tampa, one by Plant City, and a third section between Disney World and Lakeland.

Looking back at accident reports from January 2016, they found 503 crashes reported from Malfunction Junction to I-75. Accidents were most likely to happen between 7 a.m. and 4 p.m., with Friday being the day with the most crashes for one area. April and August reported the most accidents. Most of these accidents involved young drivers in their late 20s. The area between the Florida State Fairgrounds and the Seminole Hard Rock Casino appears to be the most dangerous.

322 serious accidents occurred near Plant City within a 22-month period. Most of those accidents happened between 7 a.m. and 5 p.m. In this area, Sunday seems to be the most dangerous day and August the deadliest month.

Sadly, the most dangerous stretch along Interstate 4 is from Lakeland to Orlando, right through an area known for being one of the happiest places on earth. From 2016 through the end of 2017, nearly 800 crashes were reported.

It helps to know when Interstate 4 is most susceptible to fatal accidents. In fact, along the 132-mile stretch of highway, the GPS tracking company Teletrac Navman determined that there are roughly 1.25 fatalities per mile, so if you plan on driving along that road, take care and drive cautiously.

Knowing that you are on a dangerous road should make you hyper-alert to the other drivers on the road. This is the time to call on your defensive driving skills.

There is only so much you can do to protect yourself and your passengers, however if you are in an accident, you can contact the Tison Law Group for a complimentary consultation and discuss your case. We provide excellent representation for a variety of legal situations, including personal injury. Visit our website to see what clients have to say about us.