Is Your Sixth Amendment Right to Trial Vanishing? 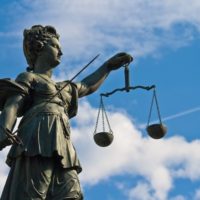 One of the basic rights granted to the citizens of the United States of America is the right to trial. This gives innocent and guilty persons accused of a crime the right to be judged by a jury of their peers. Yet, due to changes in the court system, only an estimated 3% of federal criminal cases go to trial, with the other 97% resulting in plea bargains. This is due to what is referred to as the “trial penalty” and is one of the main reasons that your Sixth Amendment right to trial is vanishing.

What Is the “Trial Penalty?”

Technically, there is not a penalty for not seeking trial, yet in reality it does exist. Why do so many people, both the guilty and innocent, forego their right to trial when they have a chance to win their freedom? The trial penalty refers to the persuasive plea bargain sentences that are offered pre-trial to those accused of crimes which are much less than the minimum possible sentence if the accused goes to trial and is found guilty.

When a person uses their right to trial, they face the possibility of conviction. Crimes have set minimum and maximum sentences that the convicted can face. Unfortunately, the rules for the evidence a prosecutor can present to a judge to charge a person with a crime are different than what can be presented at trial. Prosecutors can present an argument for a higher crime that has severe sentences using evidence and persuasion that could not be used in a trial. The accused now are facing a possibility of a minimum sentence much higher than an offered plea bargain if they use their right to trial, which is where the term “trial penalty” originates.

Protecting Your Right to Trial

The National Association of Criminal Defense Lawyers (NACDL) is fighting to change the unfair system that has created the “trial penalty” and endangered the right to trial for U.S. citizens.  In an effort to fight to protect the vanishing Sixth Amendment right to trial, the NADCL and The Foundation for Criminal Justice have created the Trial Penalty Report, offering an in-depth look at the current problems in the criminal system. This report identifies the issues that are resulting in fewer defendants using their right to trial due to the trial penalty and offers recommendations on how to protect this important constitutional right.

Defending Your Right to Trial in Florida

At Tison Law Group, we believe in your Sixth Amendment right to trial. We want to give you the best options when you are facing criminal charges, including fighting for your innocence in court. If you have been charged with a crime, let our experienced legal team give you the representation you need to fight for your rights. Contact our office in Tampa Bay to book an appointment for a free consultation.