Is There Any Way to Keep Your License After a Repeated DUI? 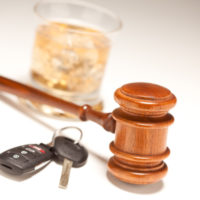 After being convicted of driving under the influence (DUI), you most likely vowed to never let it happen again. Regardless of the circumstances, facing the consequences of a DUI is never easy. There are fines, court appearances, driving restrictions, and other penalties associated with a DUI conviction. Unfortunately, there are many people that end up with a second or subsequent DUI conviction. If you have been arrested for a second, third or fourth DUI, you may wonder if there is any way to keep your driver’s license.

Every state is different when it comes to their DUI laws, but some aspects are the same. For instance, all states agree that .08% is the BAC level of impairment and all states have implied consent laws where drivers must consent to undergo alcohol or drug testing or face a potential suspension of their driver’s license. However, punishment for DUIs varies, especially when it comes to maintain your driving privileges. In Florida, there are tough laws and penalties for repeated DUIs, including the suspension or revocation of your driving privileges.

In Florida, individuals who are convicted of a first time DUI face a suspension of their driving privileges for a minimum of 6 months up to a year. After completing DUI School and any recommended substance abuse treatment, they may apply for a business purposes only hardship license that will allow them to drive to work, attend medical appointments, and drive to other places deemed essential to living. However, for a second or repeated DUI, these penalties increase significantly.

If you have been charged with a second or subsequent DUI, you are facing serious penalties that could impact your life for years to come. Contact Tison Law Group to discuss your case. Your best chance of reducing your penalties and more quickly reinstating your driving privileges is with the help of an experienced DUI attorney.