Is Marijuana Illegal in Florida? 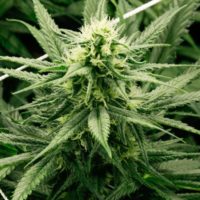 There has been ongoing confusion over the marijuana laws in Florida, mostly due to misinformation that continues to spread through social media and online sources. Regardless of rumors, marijuana is still illegal in Florida, except for the use of lawfully-obtained medical marijuana, but even this area of use is blurred with confusion. Here is the breakdown of the current marijuana law in Florida and what is and what is not legal.

Recreational Marijuana Use in Florida is Illegal

One of the confusing aspects of the recreational marijuana laws in Florida is due to a decriminalization of marijuana possession in Tampa. It is still illegal, but for now Tampa has given police officers the option of a fine instead of arrest for possessing small amounts of marijuana or paraphernalia for first- or second-time offenders. Possession of less than 20 grams of marijuana is still a misdemeanor under Florida law.

Amendment 2 and Medical Marijuana in Florida

In 2016, Amendment 2 was passed overwhelmingly by voters in Florida, allowing for the use of medical marijuana for an array of medical conditions. This includes AIDS, cancer, HIV, epilepsy, PTSD, glaucoma, Crohn’s disease, Parkinson’s disease, MS, ALS and other “debilitating medical conditions.” You must have a prescription from a physician and obtain an identification card to purchase medical marijuana from a licensed dispensary.

Even with the allowance of medical marijuana in Florida, recreational use and possession is still illegal and can land you in jailor even prison. Possessing less than20 grams of marijuana is a misdemeanor and has a maximum of up to a year in jail and other penalties. Larger amounts can result in a felony charges exposing you to imprisonment.

If you have been charged with marijuana possession, deliver, manufacturing, or distribution in Florida, you need an experienced lawyer on your side. Our team at Tison Law Group can help you explore your options and we will work diligently to find the best resolution for your case. Contact our office to schedule a free consultation to discuss your marijuana charge.