Injunctions and the Right to Bear Arms 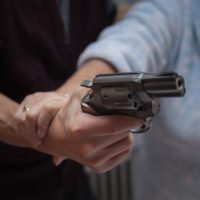 The Second Amendment of the United States Constitution gives Americans the right to bear arms; however, there are regulations that must be followed. Florida residents are allowed to have personal weapons and must follow the gun laws of the state. However, when there is a case of domestic abuse and an injunction is put in place, that privilege is null and void.

Injunctions, also known as “restraining orders,” impact a person’s ability to bear arms. There is a federal law that prohibits the possession of firearms by anyone convicted of a misdemeanor crime of domestic violence. This is known as the Lautenberg Amendment, which was passed in the fall of 1996.

The Consequences of Injunctions

The decision to cause harm to a spouse or family member can have serious repercussions. An injunction is a public record that can follow you for the rest of your life. This document shows up in background checks when you apply for employment, and once it is in place it can never be sealed or expunged. You lose your right to bear arms while the injunction is in place.

There are other consequences as well. You may be required to leave your home and you may be ordered to pay child support. An injunction can have an impact on your case if you enter family court, file for divorce, or have a child custody case. All areas of your life are vulnerable to being impacted by an injunction. This means you may have trouble finding housing, being admitted to higher education institutions, entering the military, applying for employment, and if you are in health care, your professional license could be at risk.

Domestic violence is a serious matter affecting everyone involved. Tison Law Group has experience in handling domestic violence cases. If you need legal counsel for this type of case, please contact us to schedule an appointment.