How Lost Wages are Calculated 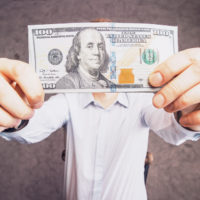 The term “lost wage” refers to income that an injured party was unable to earn because of an incident that was the responsibility of another party. The injured party might be eligible to receive compensation for the income they were slated to earn.

The first consideration is showing proof of the injured party’s established income. Secondly, there must be proof of an expectation to work in the form of a contract, work schedule or other indication from their employer. The amount of time missed is calculated according to that proof.

Example: If the injured party was prevented from working for two weeks of a period in which they were scheduled to work but could not due to their injuries, they might be compensated for the pay they would have received for that two-week period.

Hourly employees need to determine the exact number of missed hours due to injury. When there are regular variations in a worker’s schedule, the common practice is to use figures from the previous two months as a baseline, or they can use the hours scheduled, if they exist, in which they were expected to work during the period away from work. The calculation should also include any overtime they expected to work, along with appropriate documentation.

Salaried employees must first determine their hourly rate. This is easily done by dividing their annual salary by 2,080, the number of full-time hours in 52 weeks. Because there will be no overtime hours, the hourly rate, as in the previous example, is multiplied only by the hours missed in a 40-hour week.

Make Sure Your Rights Are Protected

Being involved in an accident has enough potential difficulties without the added burden of losing time at work. If you have lost wages due to an accident that was no fault of your own, we at Tison Law Group will help sort out what comes next. Don’t hesitate to call us or go online to schedule your consultation.