How an Injunction May Cause Deportation 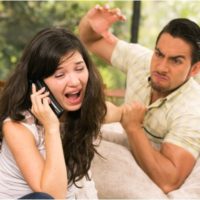 Domestic violence is a serious offense. If your spouse or someone else in your family files an injunction against you the repercussions can be catastrophic. If you are an immigrant, your ability to continue living in the United States may be in jeopardy.

Abusing the Freedom of the U.S.A.

In the United States we enjoy many freedoms that other areas of the world can only dream about. This is truly the land of opportunity and Florida is home to a very large population of non-citizens. Families of all nationalities sometimes have problems. When those problems result in violence, a larger issue comes into play. By law, domestic violence is not tolerated. Victims do not always report abuse, but for those who do, consequences for the abuser can be severe.

One of the freedoms enjoyed in the United States is the pursuit of happiness. Abusing another person is abusing that person’s right to happiness among other things. When a non-citizen abuses someone and is arrested or if an injunction or “restraining order” is issued against a non-citizen, that person may be deported.

Violating an Injunction and Deportation

The injunction specifies what a person may and may not do in regard to relationship of the abused. Conditions of the injunction may require you to stay at a certain distance from the plaintiff and avoid certain places such as the plaintiff’s place of employment or school. You may be required to attend classes on anger management or enroll in a batterer’s intervention program. Whatever conditions are laid out in the injunction must be followed in order to not be in violation of the injunction.