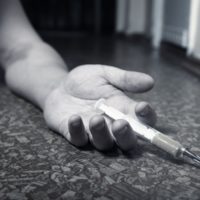 Not only can drug addiction take the life of a user with a fatal overdose, bystanders can also have their lives ruined. More and more cases of bystanders being charged with crimes associated with drug overdoses are occurring, adding to the pain and suffering involved with drug addiction. These cases are full of tragic endings for the victim of a fatal overdose, bystanders who are charged, and the families of everyone involved.

Who is to blame when someone dies from a drug overdose? This is always a tragic event, a life taken needlessly due to an addiction or poor decision. However, many law enforcement agencies are looking for culpable persons beyond the victim of the overdose. When it comes to a fatal overdose, bystanders who were involved with allowing the person to get the drug could be charged with murder. This is true in many states, including laws that are now being enforced here in Florida.

On October 1, 2017, Florida House Bill 477 became effective, changing the law for those who distribute controlled substances. This law is geared toward those who distribute controlled substances illegally and holds drug dealers and suppliers accountable for deaths caused by their product. This law states that the distribution of certain illegal drugs that causes death is now murder and may be charged as such. While this is meant to crack down on the horrid amount of drug trade in Florida, it could also be used to convict fatal overdose bystanders of murder.

At Tison Law Group, we understand the pain and suffering that drug addiction can cause, both for the addict and their loved ones. We offer drug addiction intervention strategies and legal representation for those facing charges from drug-related offenses. Contact our office in Tampa Bay if you or a loved one needs help handling a drug addiction legal issue or wants to pursue an intervention.