Can a Dating Injunction Be Removed? 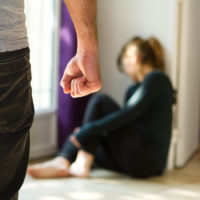 Violent encounters between those that are in a dating relationship may escalate and lead to serious harm, which is the purpose of the imposition of a dating injunction. Dating violence injunctions are also called restraining orders, which limit the contact between two people for a set period of time. Most dating injunctions are initiated by one person in the relationship; however, having an injunction removed may be requested by either party but must be issued by the court.

What Is a Dating Injunction?

A judge can create a dating injunction that contains various restrictions. Common restrictions include prohibiting the alleged offender from contacting or coming within 500 feet of the victim or their home, place of employment or school. Other restrictions can include surrendering any firearms or prohibiting the use of a firearm.

If the dating injunction is violated, it can mean serious consequences for the alleged dating violence offender. It is a criminal offense and can result in a first-class misdemeanor with fines and up to one year in jail.

If you are involved with a dating injunction that you want removed or dissolved, contact our team at Tison Law Group. We can help you present your case to the court to modify the dating injunction or dissolve it completely. Call our office in Tampa Bay to schedule a consultation to discuss your situation.