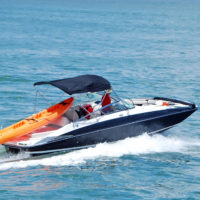 With the amount of water access in Florida, it should not be a surprise that boating is extremely popular in our state. There were almost one-million registered boaters in Florida for 2017 – this is more boaters than the total population of many states in the U.S. Unfortunately, more boaters results in a higher number of people involved in boating accidents, including fatalities. Florida is ranked number one in boating accident deaths in the country, with the number of fatalities remaining consistent between 2016 and 2017.

While boating accidents are minimal compared to other types of vehicle accidents on land, they come with the risk of drowning and water-related injuries. Even with many states having lake, ocean and river boating activities, Florida greatly outnumbers those states as to the number of boating fatalities. According to statistics reported by the Florida Fish and Wildlife Commission, the number of boating accident fatalities remained static from 2016 to 2017 and the statistics provide some interesting facts:

What is notable about the boating accident report is that many of the injuries and deaths could have been prevented. Of the total number of boating accidents reported, 220 were involved in vessel collisions, the highest type of accident. Drowning caused over half of the deaths, and small vessels were more likely to be involved in a fatal accident, with 74% measuring less than 21 feet in length.

If you lose a loved one in a Florida boating accident caused by another boater, these are not just statistics to you; they represent a horrible tragedy that could have been prevented. You may have legal options to pursue compensation for your loss. Contact our experienced team at Tison Law Group to schedule a free consultation to discuss your claim and review your options.