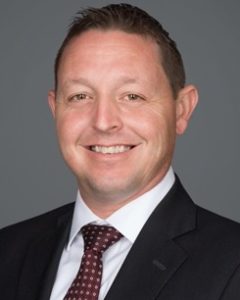 Paul L. Figueroa was raised in Hillsborough County Florida. He graduated from Brandon High School where he was a Varsity Letterman for BHS’s nationally recognized wrestling program. After high school, Paul attended Florida State University and the University of South Florida. While in undergraduate school, Paul was a member of Theta Chi Fraternity and majored in Political Science. Paul received his J. D. from Florida Coastal School of Law in 2008. In his last semester of law school, Paul worked as a Certified Legal Intern with the 13th Judicial Circuit Office of the Public Defender, where he was assigned to represent juveniles charged with Misdemeanor Offenses. After being sworn in as a member of the Florida Bar, Paul joined the 13th Judicial Circuit Office of the Public Defender.

Over the next eight years Paul zealously and professionally represented indigent clients charged with a multitude of offenses. During his eight years at the Office of the Public Defender, Paul rose to the level of Felony Division Chief and was lead counsel in over seventy-five jury trials, including offenses ranging from DUI, Sex Offenses, Drug Possession and Trafficking, Homicides as well juveniles charged as adults. In addition, Paul attended numerous certified legal education seminars, including the Gerald T. Bennett Prosecutor/Public Defender Trial Training Program, and Advanced Defender College. Paul joined the Tison Law Group in January 2017 looking to support his family and take on the professional challenges that private practice has to offer.

Since joining the Tison Law Group, Paul has expanded his practice of law, representing individuals who were injured in automobile accidents or through the negligence of others, investigations involving their professional licenses, being held under a Baker Act, and those dealing with substance abuse and their families. In addition to those areas of law, Paul continues to represent individuals accused of criminal offenses throughout the State of Florida.  Paul has been lead counsel, co-counsel, or assistant counsel in over one hundred and forty jury trials